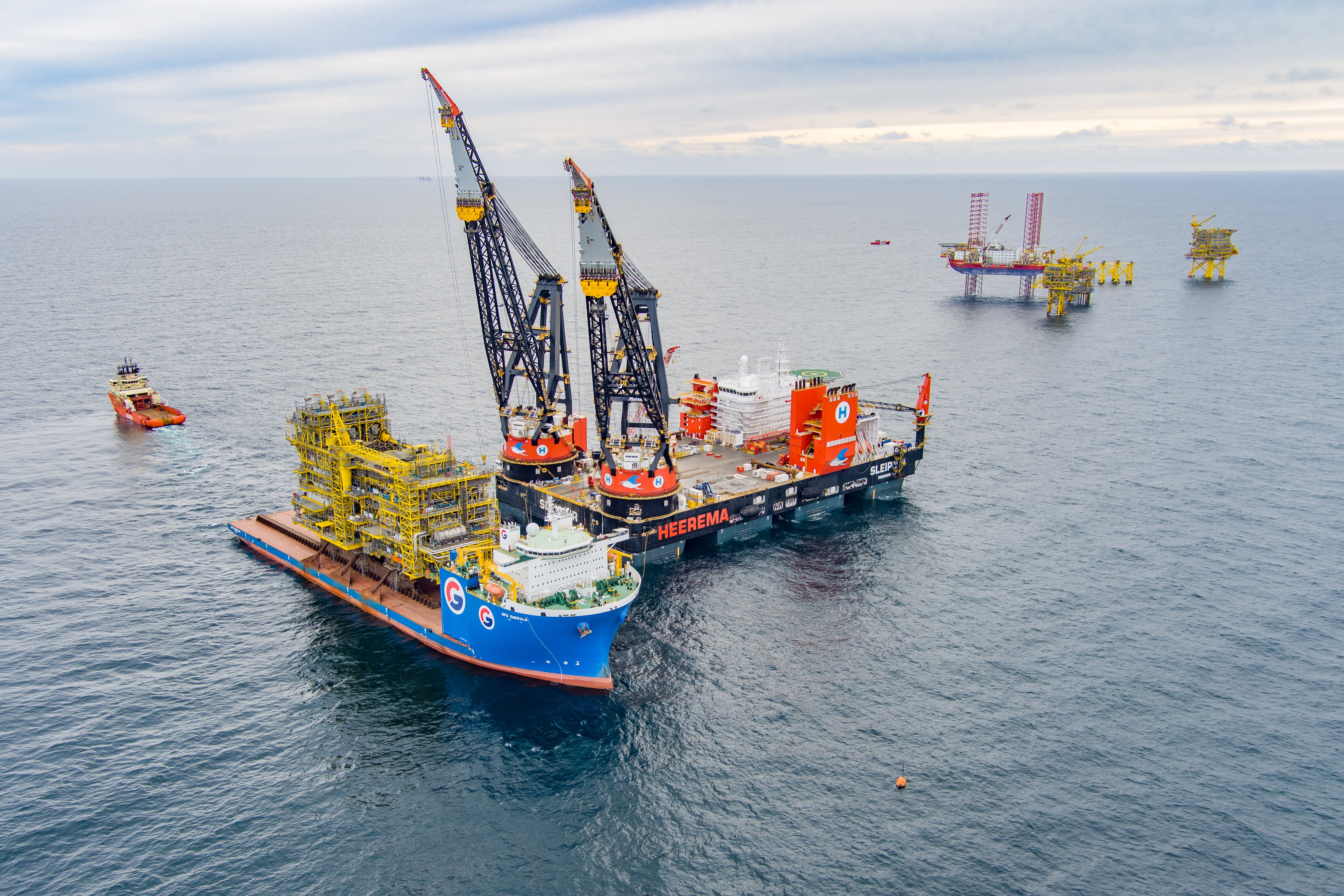 Nothing was left to chance when the two crane drivers, with the support of more than 260 offshore workers onboard Sleipnir, lifted what corresponds to the weight of around two Eiffel Towers. The lift has been prepared for years, and every single step prior to, during, and post lifting has been outlined in a several hundred pages long manual prepared by Heerema Marine Contractors and TotalEnergies. 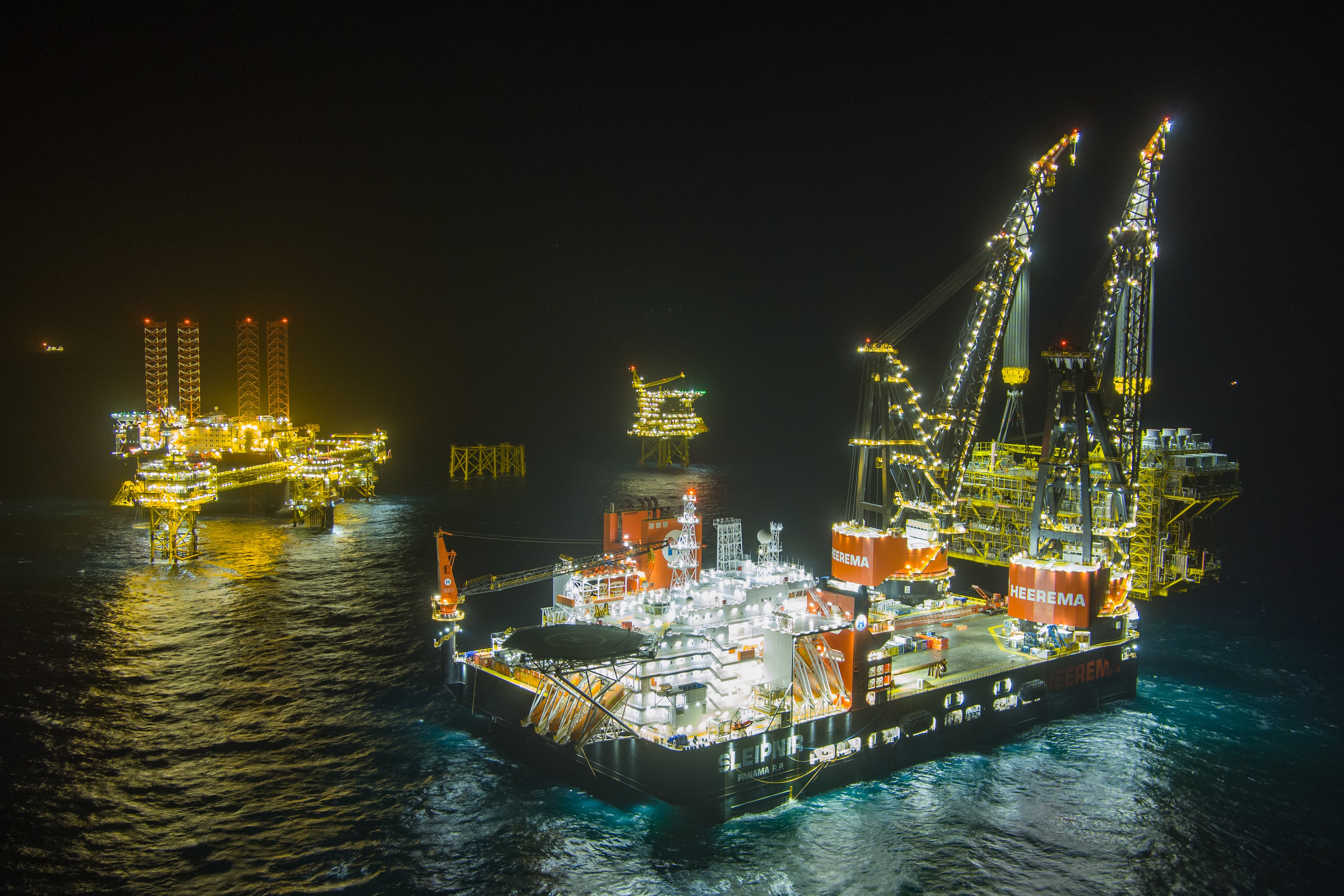 After the processing module arrived at the Tyra field on October 3, the offshore crew were immediately into action mode and started to remove the sea fastening below the 47-meters-tall module. The sea fastening helped to ensure a safe and stable journey from Indonesia. Thanks to great weather conditions, the crane drivers got the green light to lift the module into its final position less than 24 hours after its arrival and four days ahead of schedule.

It required a lot of coordination, horsepower, and precision when the crew on Sleipnir had to install the enormous process module. With two enormous crane hooks, the team picked up the process module from the heavy transport vessel GPO Emerald. Afterward, they sailed one nautical mile to the final bare jacket while they raised the module by nine meters to then lower it onto the six legs. 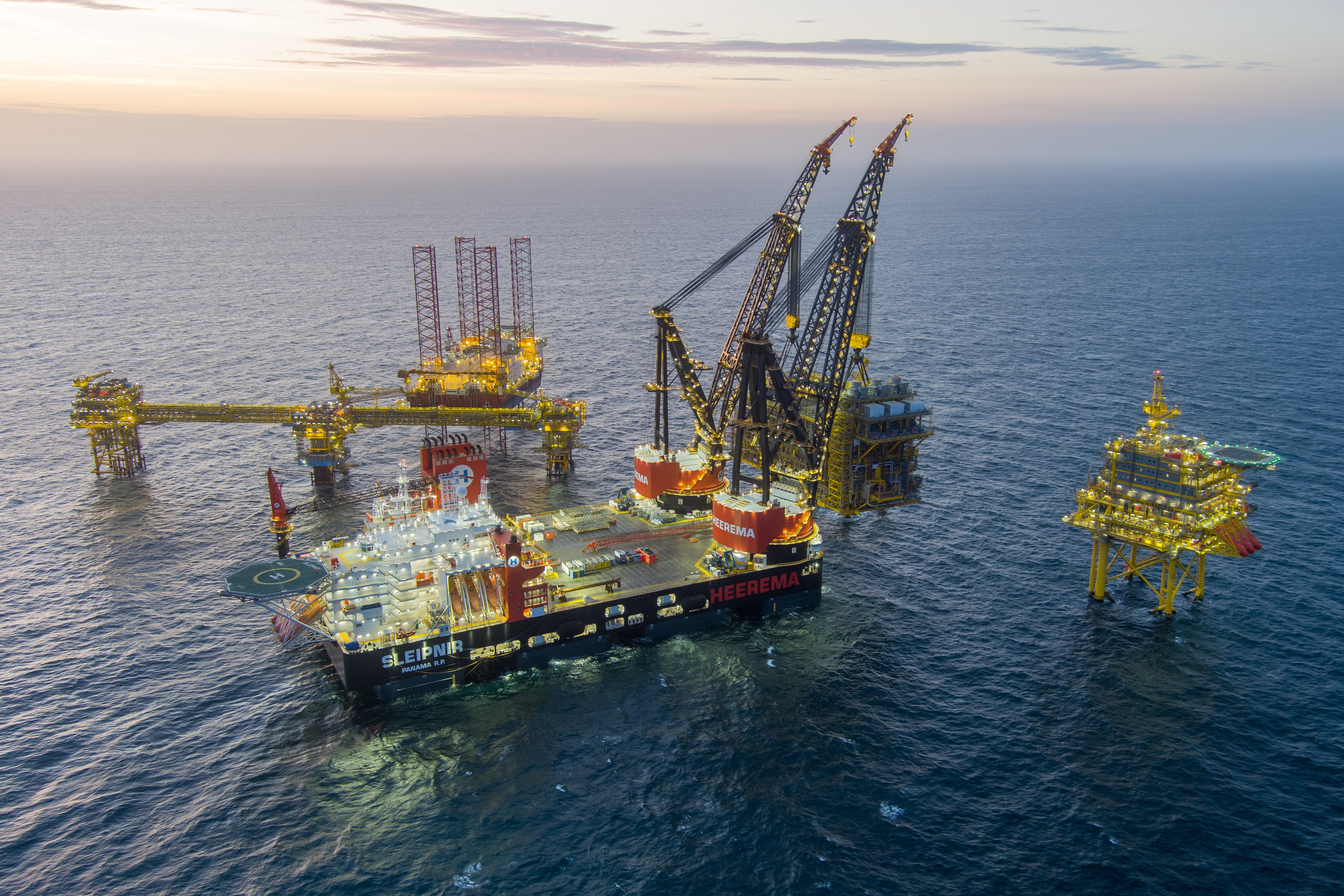 In the coming weeks, the final Tyra II pieces – two bridges and a flare – will be installed. When all connections are welded, the Installation Team will hand over the baton to the TotalEnergies Hook-up and Commissioning team, who will focus on completing and powering up the installed platforms and reconnecting them to the existing North Sea infrastructure.

Lars Bo Christiansen, Project Director Deputy for TotalEnergies EP Denmark A/S: 'Finally, Tyra II is in place. The team has been preparing this world record lift for years, and it was truly impressive to see how the planning culminated in just six hours when the world’s largest crane vessel Sleipnir helped us to put the enormous new process module into final position. I’m very pleased that we executed this crucial lift ahead of schedule in our new project plan. Only three more lifts to complete and then our new Tyra II will be in its final shape.'

Michel Hendriks, COO for Heerema: 'The safe and successful installation of the 17,000 metric ton TEG module is a fantastic milestone for Heerema and Sleipnir. The record-breaking lift demonstrated the vessel's capacity to install enormous structures at sea. We are proud to have contributed to this key milestone in TotalEnergies' and Danish Underground Consortium Partners' Tyra Redevelopment project. The project's success resulted from six years of close partnership and collaboration between all parties involved.' 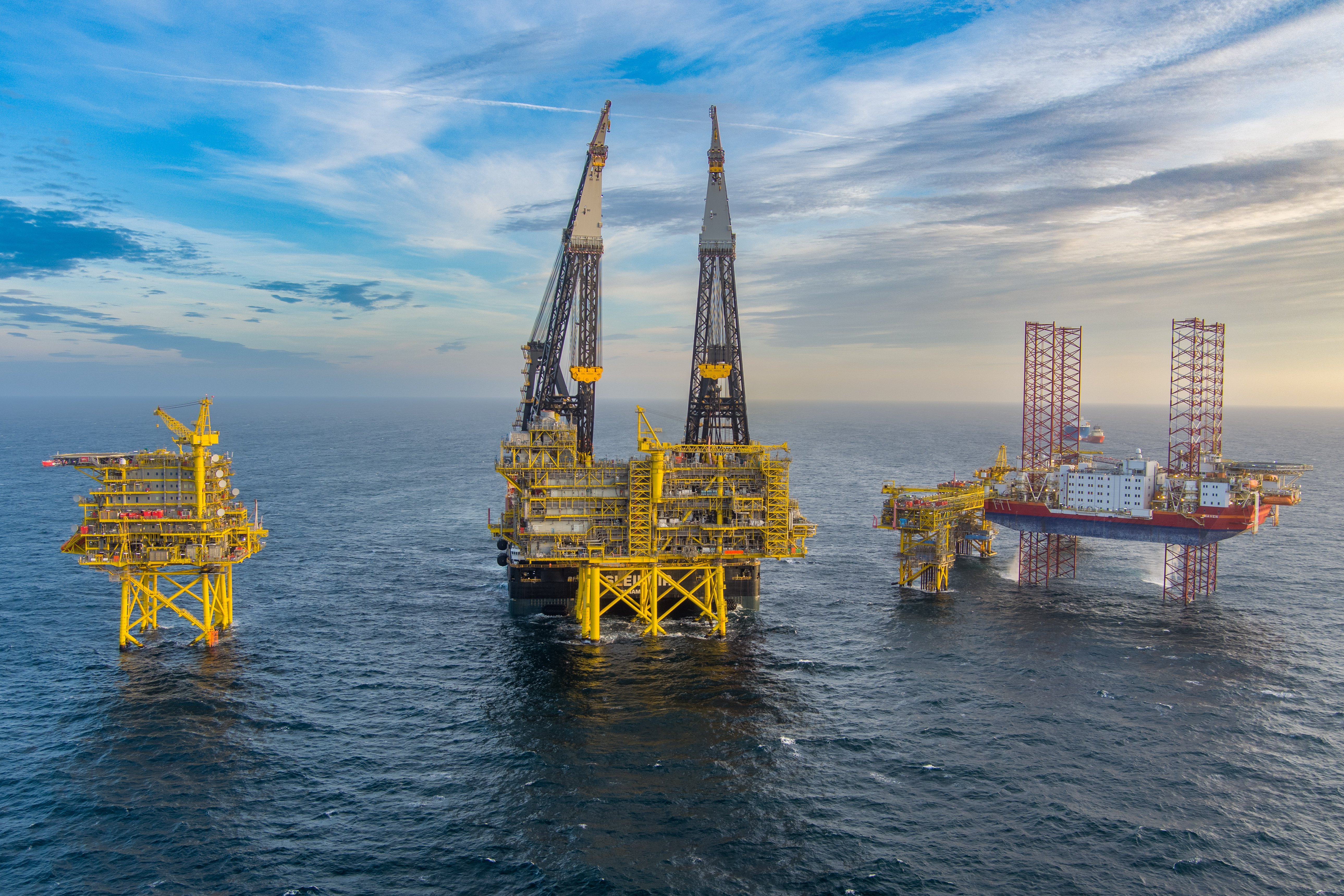