From installation to removal: Thialf returns to Goldeneye Field

Heerema's Thialf has safely removed Shell U.K. Limited’s Goldeneye wellhead platform after installing the structure in 2003. The operations included removing the 1280 metric ton topside and the 3019 metric ton jacket before transportation to the AF Environmental Base in Norway for recycling and reuse.

The Goldeneye platform was located in the Central North Sea, in the United Kingdom Continental Shelf, around 100 km northeast of the Aberdeenshire coast. The platform included five platform wells in 120 m water depth with a direct tie-back via the Goldeneye pipeline to the St. Fergus onshore facility. It was operational as a gas-producing field from 2004, and cessation of production was granted in 2011.

The Goldeneye platform was removed using Heerema's reverse installation method, starting with removing the 1280 metric ton topside in a single lift. After removal, the topside was transferred to Thialf's deck for transportation. 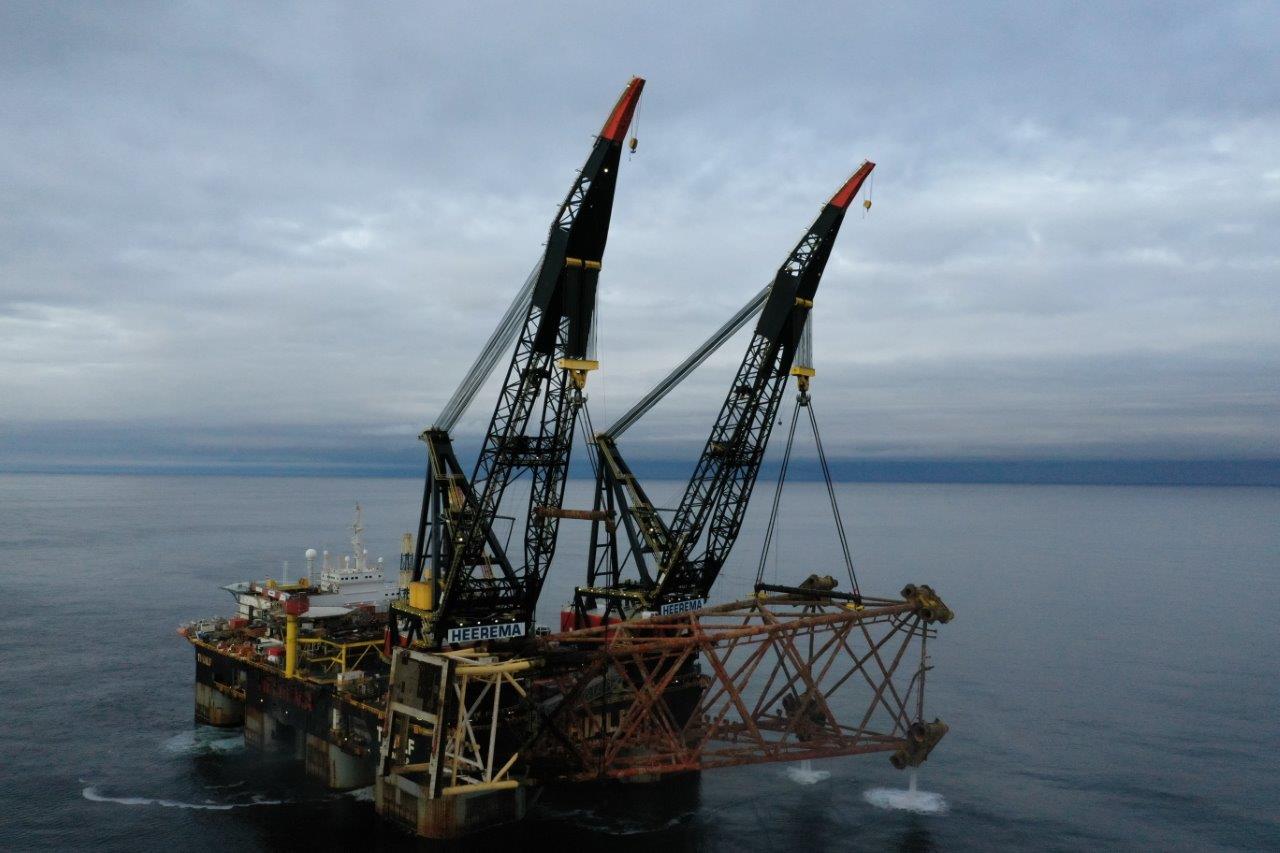 The Goldeneye platform has been safely set down at the AF Environmental Base yard in Vats, Norway, to be dismantled for reuse and recycling. It is anticipated that over 97% of the material will be recycled. Thialf will now undergo yard maintenance, including modifications to the vessel’s A-Frame to enable Thialf to expand its service area and deliver solutions in the Baltic and the Black Sea regions.