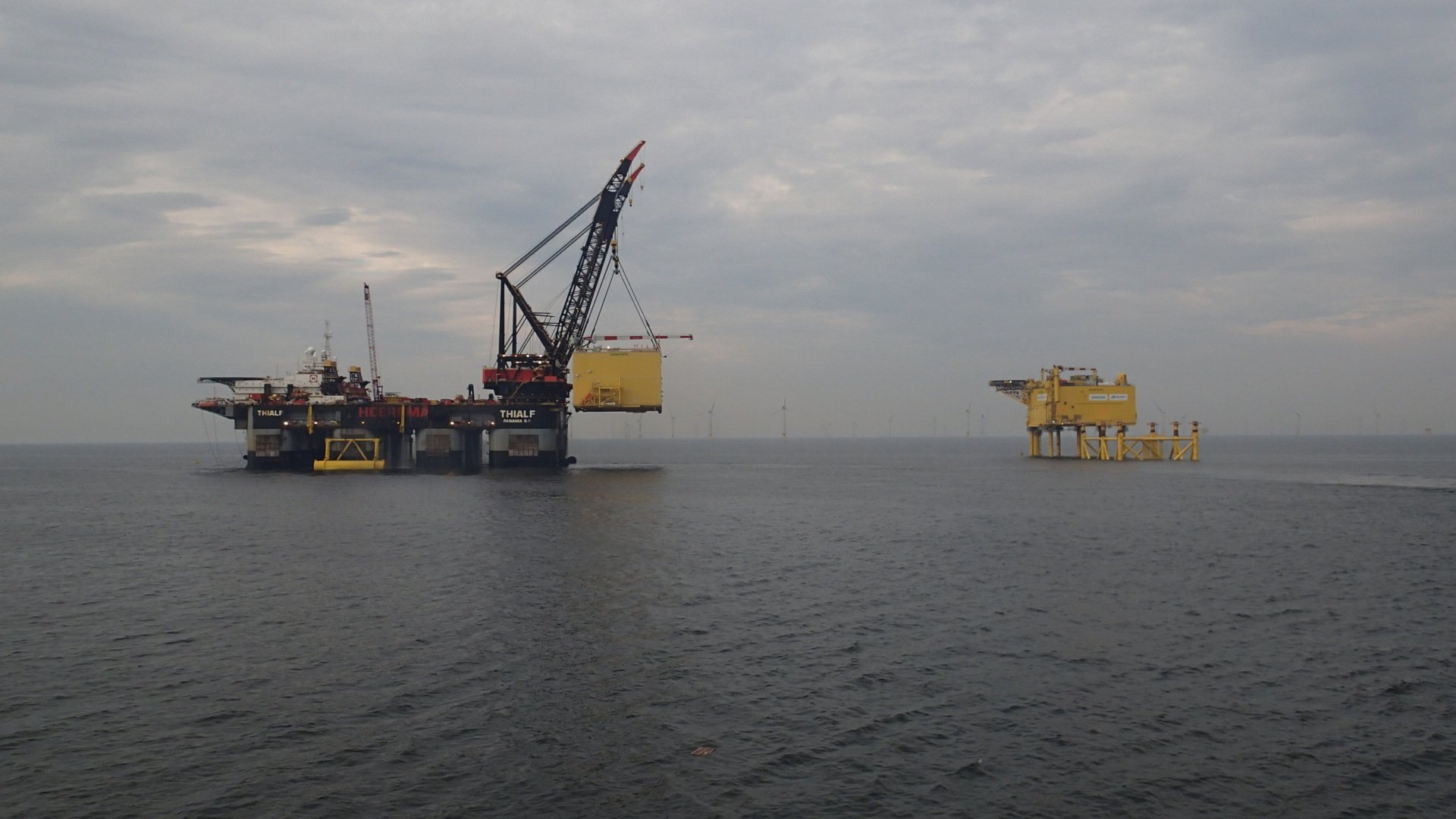 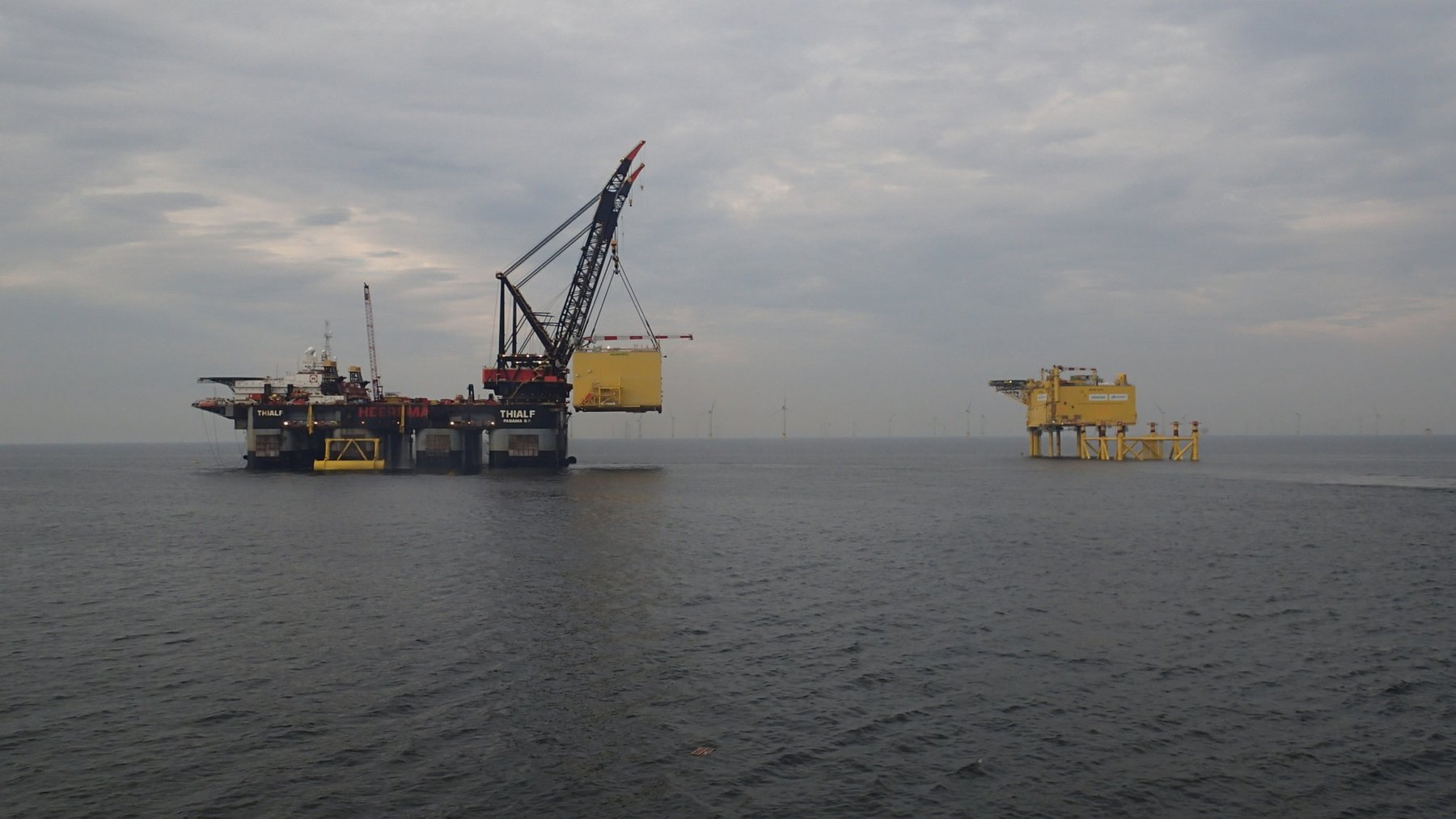 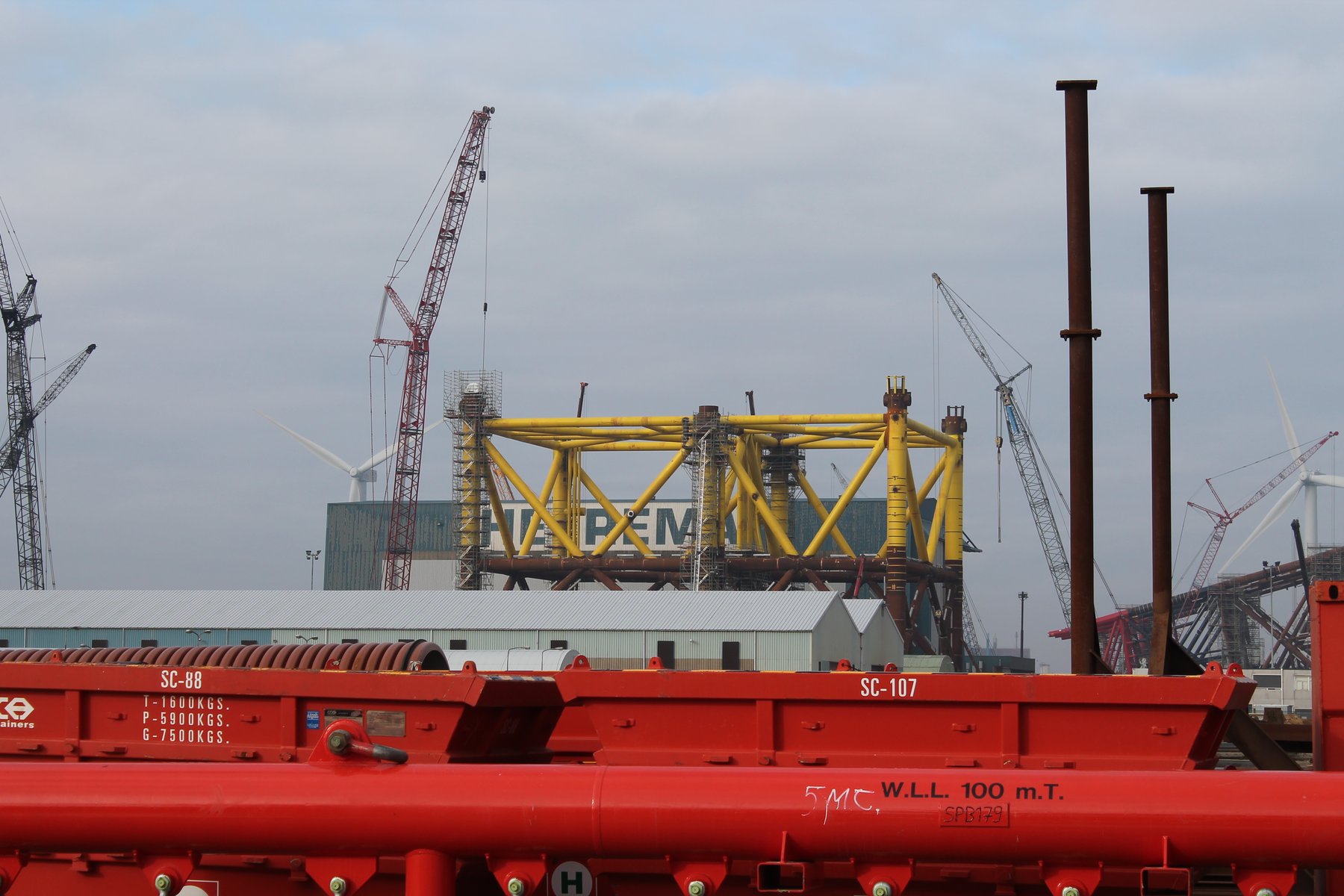 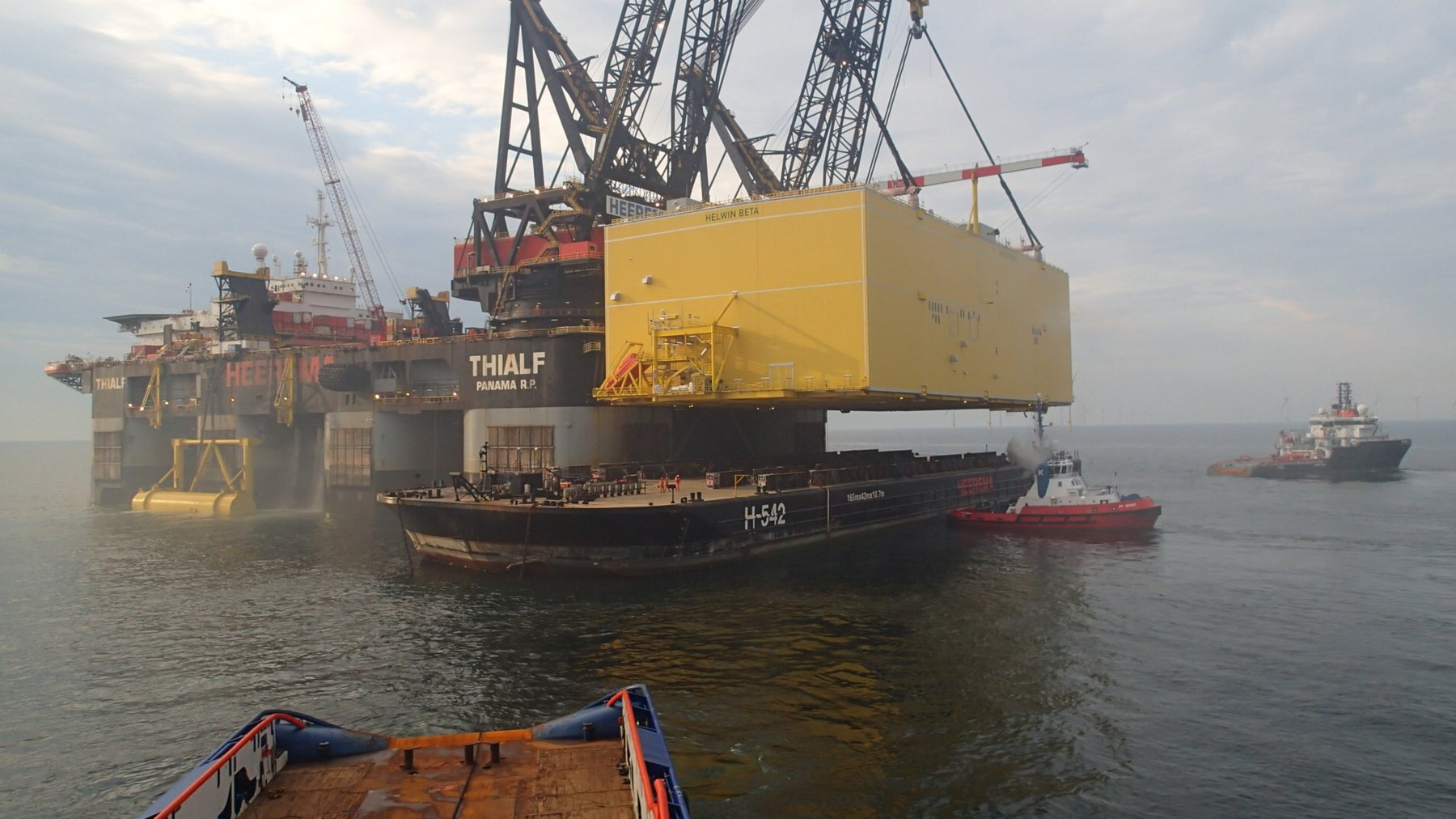 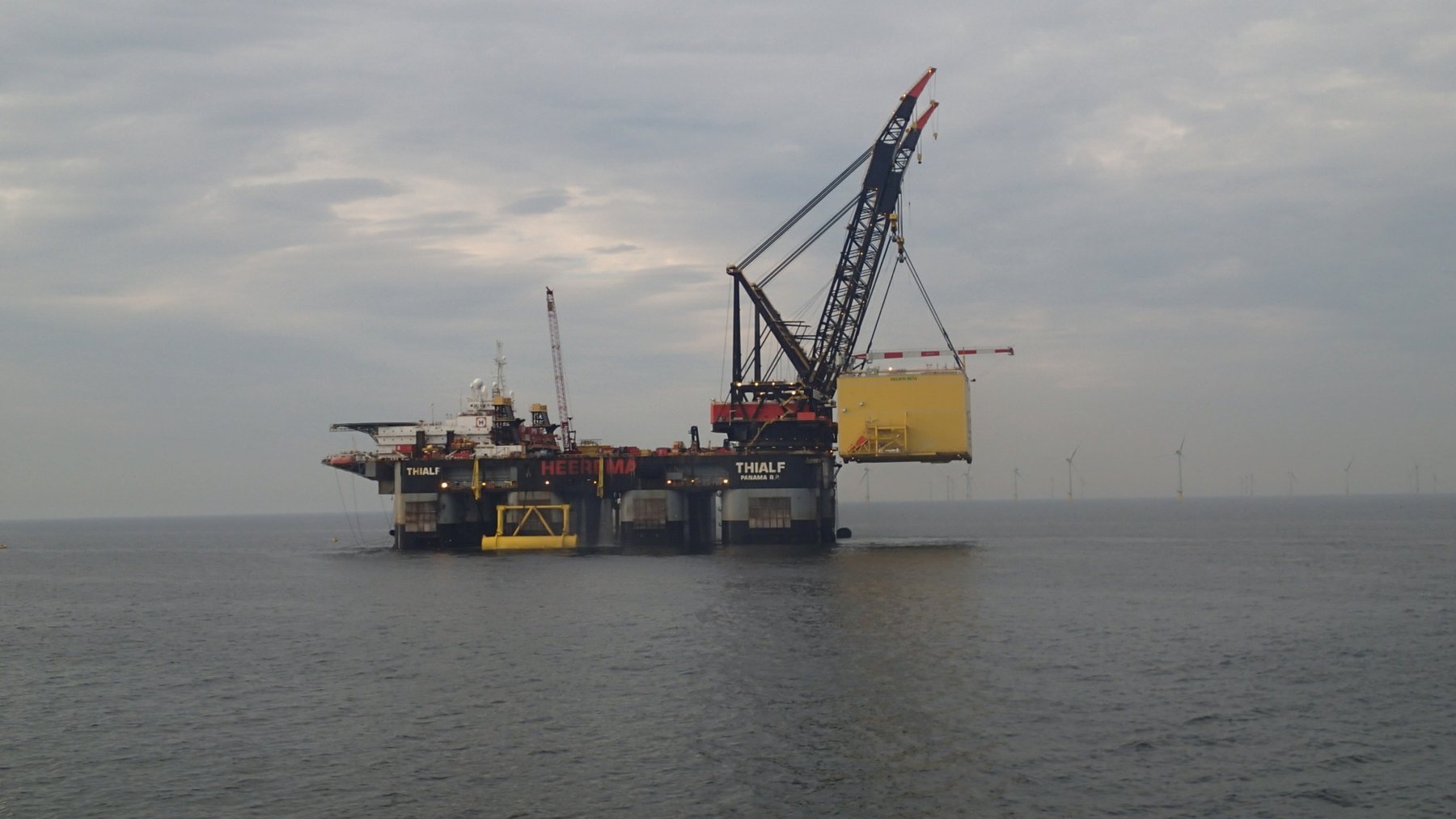 Thialf lifting the topside from the barge

Check out Heerema Fabrication's other projects

The installation was split over two campaigns with the jacket and piles installed in May 2014, followed by the topside and bridge in July 2014. The HelWin Beta platform connects wind farms in the North Sea to the German electricity grid.

The offshore converter platform HelWin beta is a subsidiary platform of HelWin alpha, and both provide power to the HelWin2 high-voltage direct current (HVDC) transmission system that has a capacity of 690 MW, t.

Heerema transported the HelWin Beta 4,500 metric ton jacket from Heerema Fabrication Group’s yard in the Netherlands to the offshore location in the German sector of the North Sea and started offshore operations on April 16, 2014. The jacket and six piles were successfully installed on April 20, 2014.

After that, Thialf returned to the location on June 30, 2014 to install the topside and bridge that were transported to the site from the HFG yard in the Netherlands. The topside measuring 100 meters in length, 45 meters in width, and 28 meters in height, was installed in 23.3 meter water depth.

The platform was safely installed around 20 meters away from the existing HelWin Alpha platform, with zero recordable HSE cases.

Have a specific question? Let us help.