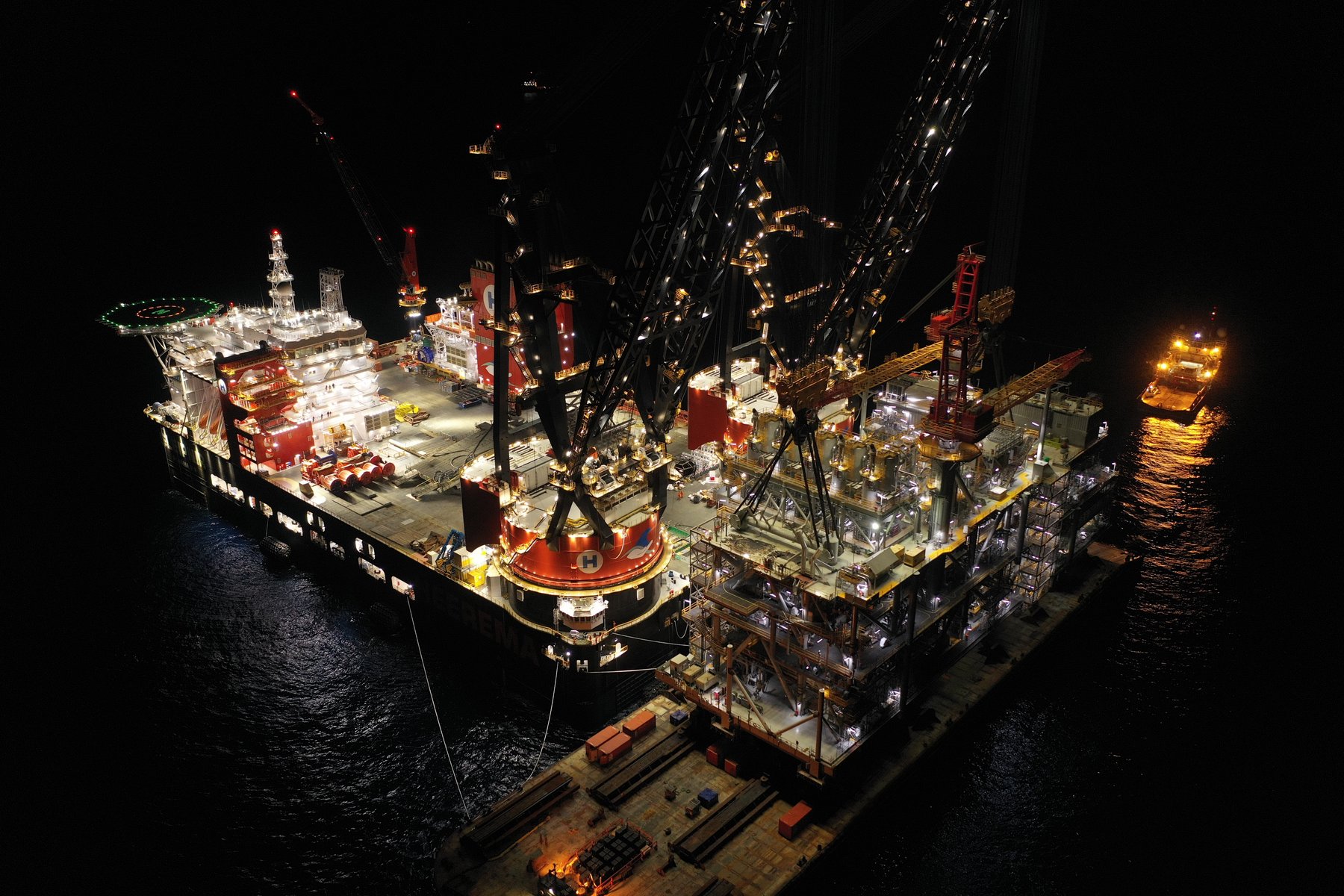 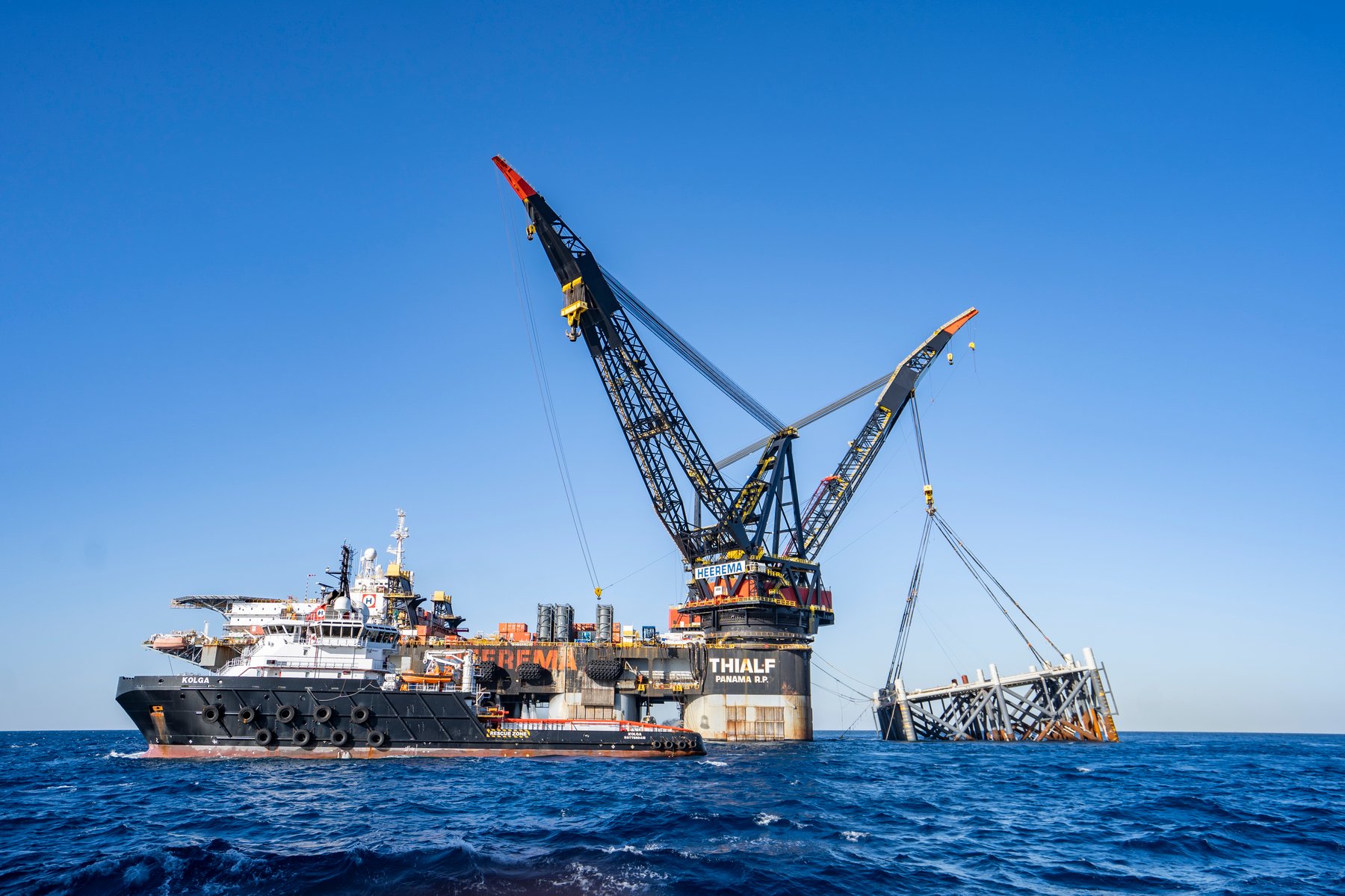 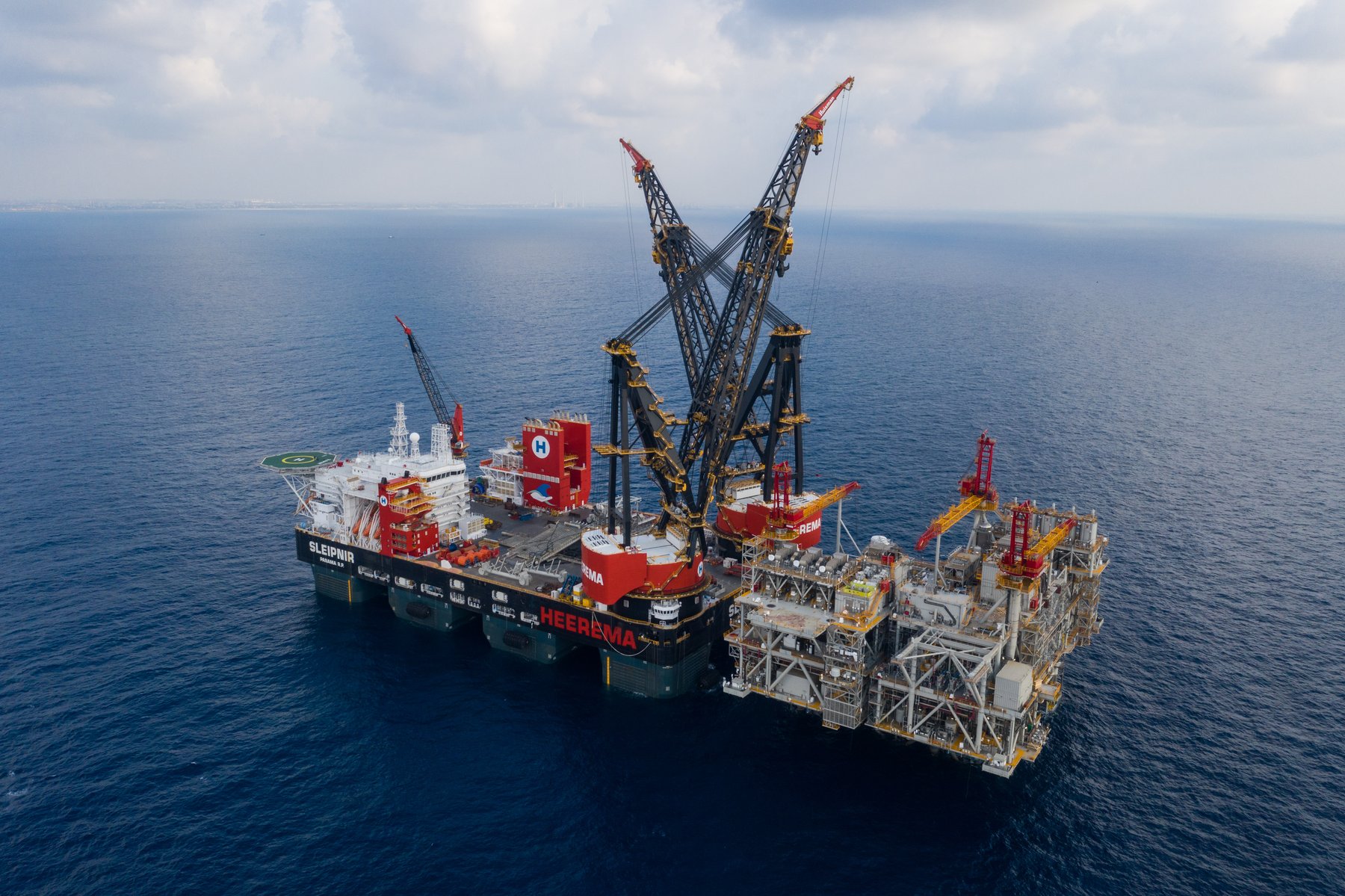 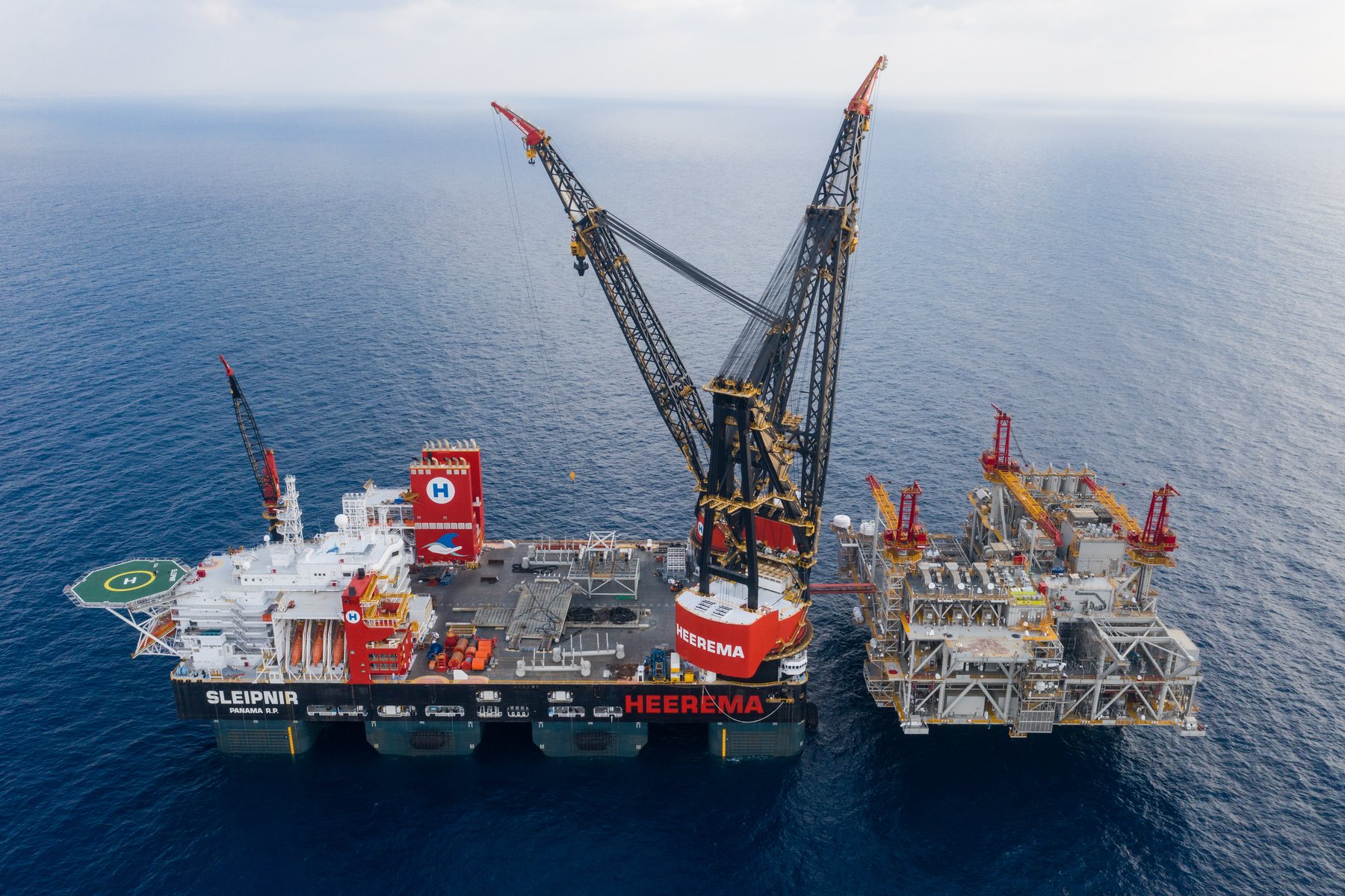 During the installation of the jacket, Thialf was assisted by Kolga and Bylgia

The view from the barge carrying the jacket, approaching Thialf

Check out another record-breaking lift by Sleipnir

Heerema’s scope was to transport and install the Leviathan Production Platform topsides and jacket on behalf of client Noble Energy. The project was split over two campaigns, with Thialf firstly installing the 15,200 metric ton launch jacket in February, 2019. This jacket installation was later followed by the transport and installation of the 9,200 and 15,300 metric ton topsides, executed by Sleipnir in September, 2019.

The Leviathan Production Platform (LPP) will develop the Leviathan Field, which holds 33 Tcf of natural gas resources in place (22 Tcf recoverable) and is one of the largest natural gas finds in the world in the last decade. The LPP is located approximately 125 km west of Haifa in the Eastern Mediterranean Levantine Basin.

On February 13, 2019, Thialf successfully installed the 15,200 metric ton Leviathan Production Platform jacket. The jacket was launched using the Heerema H-591 barge before being upended and set down by Thialf.

The quality planning and detailed engineering coupled with the transport and offshore execution campaigns resulted in an outstanding outcome for Noble's Leviathan Project.

Sleipnir arrived on location in the Leviathan Field on September 5, and started the topsides installation on September 7, 2019. The vessel’s first lift was the record-breaking 15,300 metric ton Domestic Supply Module. This module was followed by the 9,200 metric ton Liquids Supply Module, as well as several smaller components including the ventboom, 100 persons living quarters, and the observation tower. The combined weight totalled 30,000 metric tons installed.

The DSM (15,300MT) and LSM (9,200MT) modules were installed within twenty hours, and this fast execution time was the primary motivation for Noble Energy to contract Sleipnir for installation.

The project was executed within the time frame scheduled, and had zero reportable HSE cases.

As always, Heerema's commitment to provide operational excellence can be seen throughout this project.

With the ability to run on emission-reducing LNG and various other sustainability measures the vessel is the world's most sustainable SSCV.